Radiation is the emission/transmission of energy as waves or particles through space or through a material medium. Radiation is named after the phenomenon of waves radiating (AKA traveling outward in all directions) from a source.

Types of radiation include:

Radiation is often categorized as either ionizing OR non-ionizing.

Ionizing radiation: carries more than 10 eV (electronvolts), which is enough to ionize atoms/molecules and break chemical bonds, which is what makes them harmful.

Ionize: The breaking of one (or more) electrons away from an atom, an action that requires the relatively high energies that these electromagnetic waves supply.

Gamma rays, X-rays and the higher energy range of UV light constitute the ionizing part of the electromagnetic spectrum, whereas the lower energy UV, visible light, nearly all types of laser light, infrared, microwaves, and radio waves are non-ionizing radiation.

Non-ionizing lower energies of the lower UV spectrum CANNOT ionize atoms, but can disrupt the inter-atomic bonds which form molecules + break down MOLECULES rather than atoms. (E.G sunburn caused by long-wavelength solar UV).

Ionizing radiation is not immediately detectable by human senses, so instruments such as Geiger counters are used to detect and measure it. However, very high energy particles can produce visible effects on both organic and inorganic matter (e.g. water lighting in Cherenkov radiation) or humans (e.g. acute radiation syndrome). It is used in a wide variety of fields safely, but it can become dangerous if proper measures against excessive exposure are not taken.

It first appeared in 1946 at the University of California, originally in magenta with a blue background

WHAT is radiation poisoning?

Radiation poisoning, also known as acute radiation sickness (ARS), are the collection of health effects caused by exposure to HIGH amounts of ionizing radiation in a SHORT period of time.

ARS involves a total dose of greater than 0.7 Gy (70 rad) delivered within a few minutes. There are 3 main types: bone marrow (hematopoietic), gastrointestinal, and neurovascular. The speed of symptom onset is related to the level of radiation exposure.

The cells that are most affected are generally those that are rapidly dividing (remember that ionizing radiation ionizes atoms/molecules + break chemical bonds!).

At high doses, the damage may be irreparable. Repeated complete blood counts (CBCs) can indicate the severity of exposure

Treatment may include blood transfusions, antibiotics, colony-stimulating factors, or stem cell transplant. Radioactive material remaining on the skin or in the stomach should be removed. If radioiodine was inhaled or ingested, potassium iodide is recommended.

Any cancers that develop later are managed as usual. Short term outcomes depend on the dose exposure

Early symptoms of ARS typically include nausea/vomiting, headaches, fatigue, fever, and a short period of skin reddening. These symptoms may occur at radiation doses as low as 0.35 Gy. These symptoms are common to many illnesses, and may not (by themselves) indicate acute radiation sickness.

WHY do i love Radiation?

As mentioned on the biohazard page, an invisible source of illness and death is so fascinating to me. Unlike some biohazards, ionizing radiation can't be seen, heard, smelled, tasted, or felt... This is because there's no evolutionary advantage to detecting it.

While it's incredibly unlikely to experience things such as Acute Radiation Sickness, the case studies and research done on individuals who have experienced it have truly shocked me to the core.

We experience radiation damage from UV rays every single day, but because we can't detect UV rays it can be easy to forget that we face radiation head on every time we walk outside...

Essentially, I love radiation because it's an undetectable, powerful force that we have harnessed for war, for electrical power, and for medical purposes. the real question is... how can you NOT love radiation?

WHY do i love Biohazards? 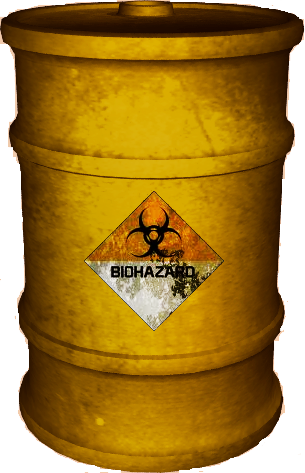